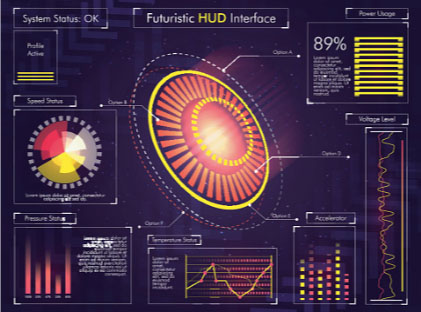 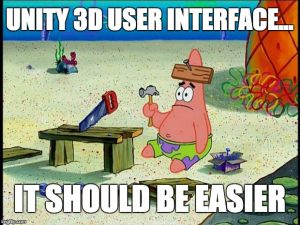 NGUI (NGUI: Next-Gen UI) is a very powerful user interface system for Unity. It is also one of the most popular and well established assets on the Unity Asset Store, with a shining 5-Star rating from 3K+ user reviews.

It was originally created in 2011, so it is built on a solid code base, battle-tested through multiple update iterations. And best of all: NGUI also includes a convenient drag-and-drop interface, which makes the asset approachable and useful to programmers and non-programmers alike.

To complete this task, behind the curtains Next-Gen UI relies on a robust event notification framework. That framework is the connective tissue between your graphic UI elements and your in-game functionality. However, feel free to ignore this “framework” mumbo-jumbo. In practice, all you have to do is select one element, e.g. a button, and tweak its look to your liking.

In the past the default Unity UI tools (before U3D 4.6) were frustratingly limited. NGUI filled that gap and today it continues to help developers create immersive user experience with beautiful pixel-perfect elements. 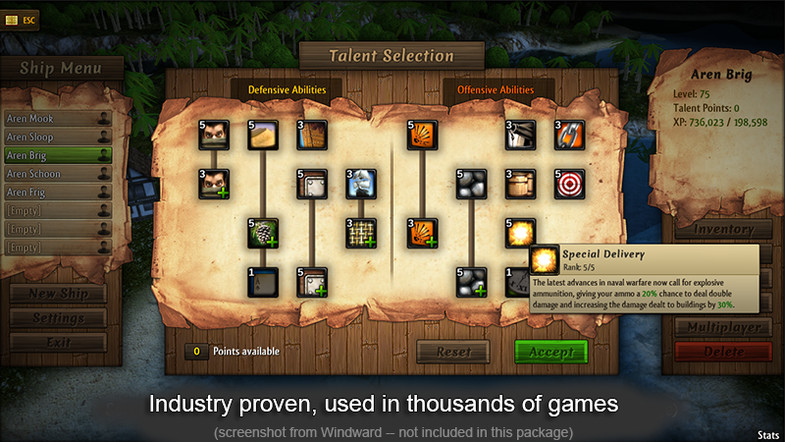 But is NGUI worth buying?

The latest versions of Unity come with some UI features out of the box, so should you invest in a specialized solution? Well, even though the default Unity GUI tools have been improved a lot, they still lack the simplicity and functionality of NGUI. The edge which NGUI offers is the total focus on the UI part of game development. The combination of proven, stable tools with a great community with active support is very hard to beat by Unity’s default options.

But wait – why is the User Interface so important?

Simply put, the UI is the user’s first impression of your game. It’s like a handshake. You don’t get a second chance to do it right. Most small games that target web and mobile have a tiny window of opportunity to impress the player. The regular online user has a 8-12 seconds long attention span, which is that of a Goldfish. If the user doesn’t “get” your interface quickly, the constant pressure to save time will force a prompt exit. And at that point all your precious, meticulously crafted in-game goodies become worthless.

Just think of how many times you personally have felt betrayed by products with terrible user experience. Really, how many apps or websites have you vindictively removed or left just this month? Don’t do that to your players – don’t trip them over simple and solvable UI mistakes. Invest part of the development time in polishing the game menus and other elements. There are very few games which are so great that can get away with a bad GUI (cough, Minecraft). Give your game the best chance for success and treat the user interface the same way you treat the gameplay!

Help in the race against time:

I especially recommend the NGUI Unity Asset for indie developers, who need to wear many hats. It is for the people who are the team’s game designer, developer, artist and occasional cook. In that case, what NGUI offers is a shortcut: you can use its ready-made solutions to power through and take your game to the publishing stage – before the realities of life catch up and interfere.

In the end, creating User Interfaces in Unity should be a simple and enjoyable process, right? For that purpose I can genuinely recommend to get the NGUI: Next-Gen UI asset from Unity Asset Store.

And on a side note: what makes a good UI?

You might wonder how exactly to optimize the game interface – what menus to place where, how should the buttons look and so on. This topic is quite broad so we won’t go into it now, but don’t worry – there are very logical foundations for these decisions. If you would like a good starting point, make it this one book – “Don’t Make Me Think: A Common Sense Approach to Web Usability” by Steve Krug (check it out on Amazon, it has a 5 Star rating with close to 600 reviews). If you haven’t read it yet, chances are that in a few hours you will learn more about user-friendly design than in your entire career so far. Happy interfacing! 🙂