Unity Development: MonoDevelop vs Visual Studio. The search for the best Unity C# IDE (for Windows). 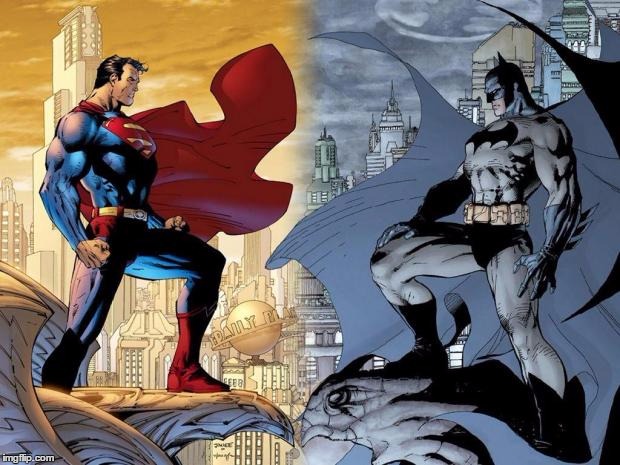 If you’ve ever researched the Unity MonoDevelop vs Visual Studio controversy on the programming forums, you already know how passionate developers can be about their favorite tools. Devotional praise and heated vitriol are spilling over the keyboards 🙂 . And since a lot of the posted opinions are contradictory, a starting developer in Unity can become anxious about which code editor is the right choice. 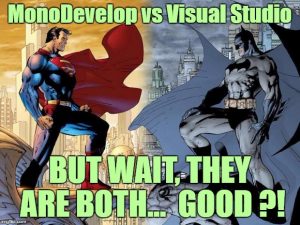 Let me put your mind at ease: it doesn’t matter all that much which IDE (integrated development environment) you start with. Yes, yes – this notion seems strange when the overwhelming consensus online is that there must be a Highlander type of battle to the death.

However, selecting a code editor really doesn’t need to be a soul-crushing dilemma. You won’t fail as a game developer for not using Visual Studio any more than you would fail as a novelist if you shrug off Microsoft Word.

Indeed, MonoDevelop and Visual Studio have their Pros and Cons. However, there is one important part which is lost in their comparison:

With this in mind, let’s review the two options. MonoDevelop is a C# open source IDE for Windows and macOS. It is similar to NetBeans and Microsoft Visual Studio, but it is lighter and lacks some of their features. MonoDevelop is the default editor for Unity and thus fully integrated – a fact which makes the occasional bugs additionally irritating.

On the other hand, Visual Studio is a popular solution with all the bells and whistles of a complete IDE. However, even though the software itself is free, the lavish features come at a price. The Microsoft Visual Studio Community 2015 package is huge, adding 7.6GB to the Unity installation. It also takes up a lot more resources while running, which makes it sluggish and unresponsive on weaker PC configurations.

Now let’s review the key features of both programs.

Here the advantage is clearly on the side of Visual Studio. It is a very stable product with a long history of handling well massive projects. On the other hand, MonoDevelop, sort of, hangs in there. That said, you probably won’t see much of a difference when working on a small indie project.

2. Resources: MonoDevelop is ahead.

MonoDevelop takes the lead. We already mentioned that Visual Studio is a resource hog. You really need a current system with 12+ GB of RAM to have it work smoothly, which could be an issue for some laptop-bound developers (who should really upgrade, yada, yada). Anyway, as expected, the nimble MonoDevelop finishes ahead of Microsoft’s colossus.

Well, this one goes to Visual Studio. It has a ton of free and paid plugins that extend its functionality. A popular example is JetBrains ReSharper, which automates your coding routines. MonoDevelop is way, way behind in this respect. Nevertheless, if you can’t name a single external plugin you need, you should be just fine with MonoDevelop.

OK, so again, Visual Studio wins this category. There are many more options to style your code and tweak it to your favorite look. In this respect, MonoDevelop is no thrills, just business. Which isn’t all that bad, I have to say – if it is your first IDE.

There is abundant documentation for both. In general, there are much more developers worldwide using Visual Studio, so you would find more references online for it. Still, in both cases virtually any issue you find has probably been suffered and solved by bruised older coders.

Unbelievably, both MonoDeveloper and Virtual Studio are GOOD products (whaa?). Yes, and you are a lucky developer who lives in a time when you have a choice between multiple polished, well made IDEs for Unity. I personally started out with MonoDevelop, tried Visual Studio, had some issues there, and went back to MonoDevelop (this is also allowed, fellas). So don’t sweat this decision like it is the make or break point of your game developer’s career – it isn’t. Instead focus on utilizing the features available in your IDE of choice and on writing better code – honestly, this is way, way more important.

And since both MonoDeveloper and Virtual Studio are FREE, I suggest that you try them for yourself and see which one YOU like :). Then come online and tell us all where we are wrong, because this is the Way of the Developer! 😉 Cheers!

A quick note for Mac users: while Visual Studio Community isn’t available on macOS, there are a couple of other options worth checking out: Sublime Text Editor and Visual Studio Code. They are both modest code editors and not full blown IDEs, but if you really can’t stand MonoDevelop for some reason, you can give them a shot.